They say the bookseller’s year begins in October, as the publishers release their big Christmas titles, but as far as we’re concerned, Christmas has come early this year, with August seeing some seriously great new books released. Here is our guide to the best of the best… 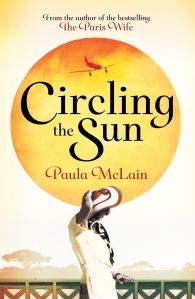 Paula McLain’s The Paris Wife is one of our very favourite books of the last few years, so it’s safe to say we’re tremendously excited about her new novel Circling the Sun. Taking us to 1920s colonial Kenya, Circling the Sun is the story of the early life of extraordinary real-life character  Beryl Markham, best known to the history books as a record-breaking aviator and the first person to fly the Atlantic solo from east to west.

Fiona has  read and loved this books. She says, “I was surprised by the story, as it focuses more on Beryl’s early life, before she even sets foot in a plane. Abandoned by her mother at a young age and entering the world of racehorse breeding and training at only 17, this book tells the story of a young woman coming of age against the complexity of a wonderfully realised African landscape and culture,  and is a fascinating insight into a very strong individual who lived an amazing life. If she wasn’t a real person, you wouldn’t have believed Paula McLain had made her up!”

the world without us, mireille Juchau (august 1) 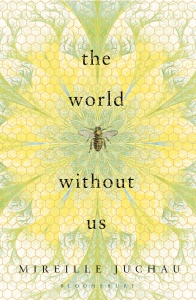 Let’s be honest: we’re keen on any book cover that has a bee on it. But also, this multi-viewpoint novel from the author of Burning In sounds fantastic. We can’t wait to get our hands on a copy!

It has been six months since Tess Müller stopped speaking. Her silence is baffling to her parents, her teachers and her younger sister, but the more urgent mystery for both girls is where their mother, Evangeline, goes each day, pushing an empty pram and returning home wet, muddy and disheveled.

Their father, struggling with his own losses, tends to his apiary and tries to understand why his bees are disappearing. But after he discovers a car wreck and human remains on their farm, old secrets emerge to threaten the fragile family.

If you’ve been in our shop, you’ll know sport is not our biggest section (despite our deep love of Shane Warne’s Instagram account), but this book is so much more than a run-of-the-mill sporting biography.

Retired rugby great Michael Lynagh suffered a stroke out of the blue one lazy Brisbane afternoon and in an instant his life changed. For three days, as his brain swelled to the point of catastrophe, his life hung in the balance. What followed is an inspiring story of recovery, rehabilitation and remembering. This one will last long past Father’s Day!

brave as can be: A Book of courage, jo witek (august 1) 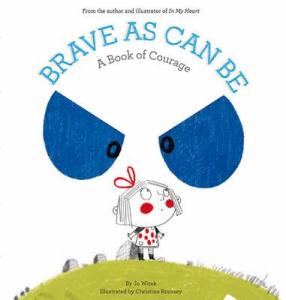 Jo Witek’s In My Heart: A Book of Feelings was one of our very favourite books last Christmas (regardless of age group), which is why we’re over the moon there’s a new book coming, this time dealing with the issue of bravery.

The life of a toddler can be full of frightening things: the dark, the neighbor’s dog, and thunderstorms, just to name a few. As children get older, they begin to feel braver around these everyday events, but how do they build this newfound confidence? In this lyrical, insightful picture book, an older sister explains to her younger sister all the things she used to be afraid of, along with some tricks to help, whether it’s a special blanket for bedtime or singing during a storm. Now, big sister assures little sister, the fears that once felt as big as a mountain feel as minuscule as a speck of dust.

We don’t have to tell you that there’s a good reason horrible portmanteaus like treechange, localvore and food miles have entered the lexicon over the last few years. More and more, people are realising the benefits of returning to an un-commercialised, organic and natural lifestyle. Luckily, Rohan Anderson is the antithesis of the Kale Smoothie Brigade. With his first book, Whole Larder Love (based on a website of the same name), Anderson introduced us to a life exempt from modern buzzwords like “self-sufficient” and “sustainable”, introducing us to his simple philosophy of eating real food, “the stuff that I can grow in the soil. The stuff I can hunt and harvest from the fields and the bush.”

The announcement of a new Gail Jones book is always a reason to celebrate, and this was no different when we heard that her sixth novel would be coming this year! This is what we know so far:

A group of six international travellers, two Italians, two Japanese, an American and an Australian, meet in empty apartments in Berlin to share stories and memories. Each is enthralled in some way to the work of Vladimir Nabokov, and each is finding their way in deep winter in a haunted city. A moment of devastating violence shatters the group, and changes the direction of everyone’s story.

SHUT UP AND TAKE OUR MONEY.

Crime readers rejoice, for Michael Robotham is back! Building on the incredible success of last year’s brilliant Life or Death, this new psychological thriller is sure to gain Robotham even more fans! We don’t want to tell you too much, but rest assured you’ll be up all night finishing it … mainly because you’ll be too scared to turn out the lights…

We all know this is going to be the biggest-selling book of 2015 so why fight it? Pre-order your copy right here to save any upset readers on publication day!

The Girl in the spider’s Web, david lagercrantz (August 27)

Lisbeth Salander proves hard to kill in more ways than one, as Stieg Larsson’s bestselling Millenium series returns for one more thrilling adventure under the guidance of acclaimed author and journalist David Lagercrantz, this time seemingly pitting Salander against her former ally Mikael Blomkvist in a game international espionage, computer hacking and even murder. Absolutely not to be missed.